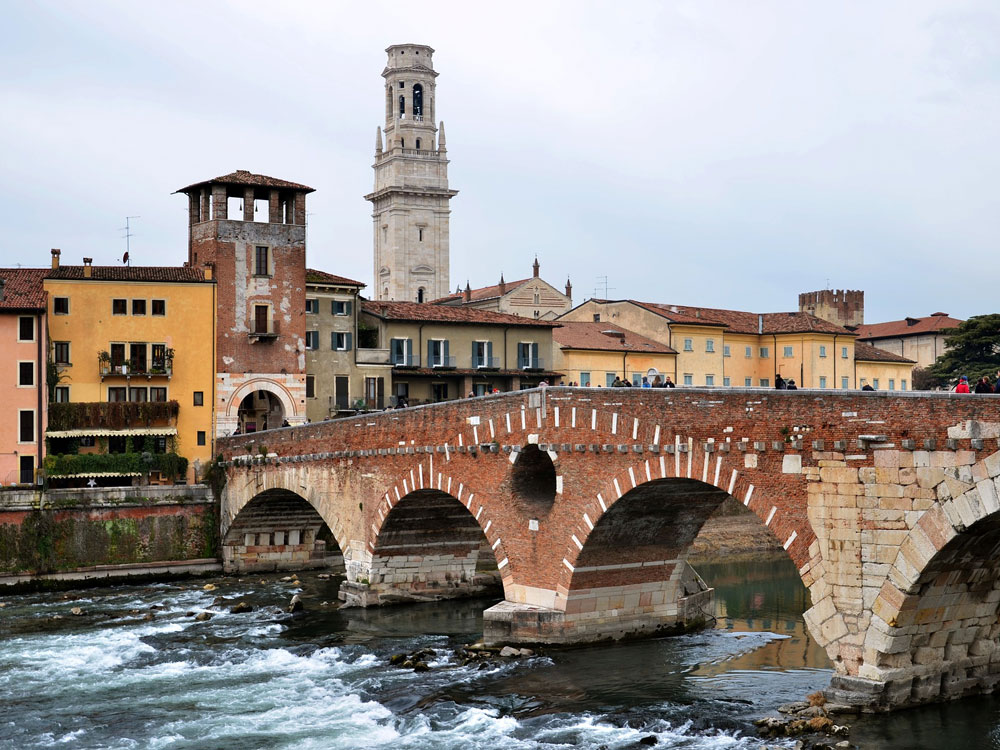 Verona is famous in the world for being the setting for the tragedy of Romeo and Juliette.

The City offers a rich selection of museum, shopping streets, shows and more. The symbol of Verona is its Arena, one of the most important Roman amphiteatres in the world, which attracts milions of visitors each years, not only for its beauty and its history but also for the events and concerts that it hosts, including the opera festival which transforms the Arena into the world's largest open lyric theatre.

Verona is famous also for the Gran Guardia, the building that hosts exhibitions and conferences, the Barbieri Palace which is the home of the commun of Verona, the Cathedral where the famous assumption altarpiece of Tiziano is kept and Erbe square, built on the ancient Roman Foro, is a mix of history styles and scents.